Sneak Preview of the Prologue 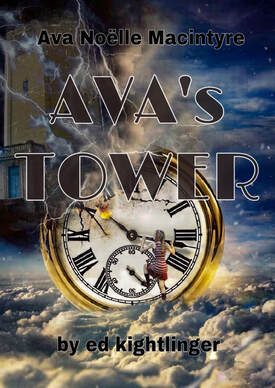 This is not the final book cover
PROLOGUE

The purpose of this story is to provide hope to those who dream for a better tomorrow. Owing to the unselfish love and kindness of others. The promise of a better, more favorable future without the changeless fear of devastating despair, dreadful danger, and unthinkable sorrow and misery. To live a fruitful life that is not cut short by indescribable evil and unfathomable hatred.

Before the author moves on to chronicle my story and how it came to be, I should tell you a bit about myself. Then I will tell you one of my innermost secrets. Having knowledge of the secret will give you a much better understanding of why things happened to me the way that they did.

I am your average twelve-year-old girl, well, I am almost twelve-years-old. I actually will be twelve-years-old on 14 December. But, who's counting, right? Besides, it's only a number. I am around five-foot-one in height with straight brown hair that cascades to my shoulders. My eyes are a deep, dark brown. I have thick, full eyelashes that match the color of my eyes. My eyelashes have a slight slant to them that sometimes makes me appear as if I’m sad when I am not. At least that is what I have been told. Despite this, I am an upbeat, positive-thinking, forward-looking pre-teen. Gosh! I don't believe I just said "pre-teen!" The word pre-teen sounds so childlike! Wouldn’t you agree? I cannot wait until I’m a full-fledged, thirteen-year-old teenager. Pre-teen. Ugh.

Anyway, I love all kinds of music, play the French horn, and I adore animals – the Arctic Seal is my favored animal. I guess I like school as much as anybody my age, probably even more so. I enjoy all of my classes, but science is my favorite subject. I work hard and put forward my best effort, although I needlessly get upset with myself when I make mistakes, even minor ones. I’m working hard on correcting that. I get along very well with others, and, at the risk of sounding a bit self-important, I go well out of my way to comfort those who are hurting.

As you read further into my account, you will learn a bit more about me, and yes, you also will discover how I feel about life in general, especially bullying and hurting others who are too weak to fend for themselves.

Okay, now it is time to divulge my deepest secret to you. Are you ready? Here we go–

I think I was born in the wrong century! Yes, you read that correctly.

I think I was born in the wrong century!

Something about today doesn’t feel right to me if that makes any sense. Something is nagging at me deep inside my being like it's telling me, "You need to go back in time!" It’s almost like I must return back in time to carry out something of extreme importance. Please allow me to explain.

Since I was a little girl, I have had this insatiable craving to rewind time and go back to somewhere in the past. Not my own past mind you – that would be like super boring – but a step backwards to another era, one in which I have never lived.

That’s not to say I do not like the period of time that I live in right now. I like it just fine. I have the coolest Mom and Dad, and my two older sisters are also very cool. I love everyone in my family dearly, both my immediate family and my extended family. I have the greatest friends anyone could ever want. As I said, I like school – well, everything except the homework, especially gobs of it on weekends – and I like where I live. My life is great, and I have no regrets. Not a one.

Maybe you also experience the same state of mind, to want to go back in time. Perhaps everyone does, particularly those who are much older than us, like the middle-aged and elderly people. I bet older people wish they could turn back the clock to a simpler time. I know my grandpa does. He mentions it all the time.

I suspect older people would want to return to a time and place like the sleepy North Carolina town of Mayberry where Sheriff Andy Taylor seemed to have the answer to every problem and Opie was the best kid ever born. Where Sarah, the Mayberry telephone operator, probably knew more juicy gossip than anyone in the entire town, the possible exception being Floyd Lawson of Floyd's Barber Shop.

Then again, maybe older people would want to relive their childhood, sort of start over to apply the turn of phrase, “If only I knew then what I know now things would be different!”

But for me going back in time is not about repeating something. Rather, it’s about completing something, starting then finishing something of extreme importance. Does that make sense? I hope so. Because it nags me constantly to the point of driving me crazy.

All right, here is where I must be completely open with you as it concerns going back in time. And I must state this with sincerity. I would not want to go back in time to an era where the state of humanity was at its worst. Let me give you two examples.

I would not want to go to Europe when the Black Death, or bubonic plaque, happened. Not unless I was a doctor and I could bestow the knowledge on the primeval medical people that the bacteria called Yersinia pestis causes the plague – that the disease is spread by fleas when they bite infected animals like rodents and squirrels. Then the fleas bite humans, and the humans get infected and die a ghastly death. Furthermore, as you would expect, I also would want a ton of antibiotics to carry along with me. After all, what good is it to have knowledge of the causes of a dreadfully fatal disease if you cannot treat and cure those who are afflicted with it?

Then again, what in the world am I saying? I mean, let’s take a few moments to think about what I just said. How much credence would sick people and an unschooled, male-dominated, Medieval population have for a twelve-year-old girl who says she knows what causes the plague and how to treat those that are dying? They would think I was a charlatan or worse, a witch! Especially if I started to heal those who were afflicted with the plague! Goodness! Could you imagine the danger I would be facing?

Nope. There’s no way I would want to go back to that era. It is far too sorrowful to even think about, and I’m certain I would not like it one bit.

Also, I would rather not go back in time to when one of the horrible wars that humans have waged were ongoing, like the American Civil War or one of the two World Wars. Then again, I have to admit I am rather intrigued, call me a history buff if you’d like, by World War Two in the European theater. But nah. I think I would want to stay away from that era too, although I must admit it would be rather exciting – not to mention heroically dangerous!

On the other hand, who knows? Maybe I could do something worthwhile to help the innocents, like the Jews, gypsies, and non-Aryan people that were persecuted and murdered by the Nazi’s? For sure, I could study up on some of the more revolting aspects of the history of Nazi Germany, and maybe, just maybe, I could make a difference. I could help people. When you think about it, what is the purpose of life if you’re not helping others in need, the poor, the oppressed, or those who are less fortunate than yourself?

Along these lines, I have a personal saying that I try to live up to every day of my life. It's my very own motto comprised of my very own sincere thoughts:

“To give unselfishly of your heart to those in need is the most treasured offering in the world.”

Notwithstanding my desire to go back in time, I wouldn’t want my adventure to be random. I must be able to pick and choose the period, the place, and the circumstances of my journey.  I wouldn't want to go to someplace or somewhere in time I would rather not be. Does that make sense? I hope so because it makes sense to me.

Finally, and this is totally important! I would want to have complete control over every aspect of my adventure to include returning here to the present day if things were too dangerous or if I missed my family and friends too much. I would have to be able to return to my present time with, say, a mere snap of my fingers, making a wish, or doing or saying something magical!

To be honest with you, the longing to go back in time strikes me more often than you’d imagine. Maybe I’m sort of weird given how often the yearning to go back in time hits me. Like every-single-day! But I cannot help the way I think and feel. To do otherwise wouldn’t be, well, it wouldn’t be me being me. And me being myself is more important to me than anything else in the world.
~~~
I hope you enjoyed this little snippet of my personal introduction to my upcoming adventure in the first book of a series, Ava Noëlle Macintyre: Ava's Tower. ~ Love, Ava Noëlle