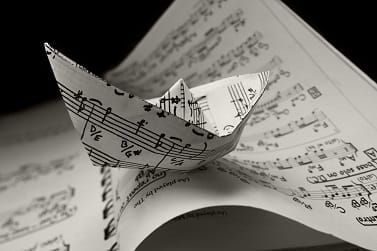 Endless River Waltz - an Old Man's Tale
Breathtaking music from Johann Strauss’ An der Schonen blauen Donau rises above the moonlit river’s cool mist.  A distant melody from a faraway, unfamiliar setting in the secluded night. The divine music reveals reality. It offers him his irrefutable clue. Tying of the true love knot will occur this very evening.
The slow tempo of the barely audible strains of the waltz’ rhythmic creation seizes his heart. Its enchanting beauty imbues wondrous charm to the subtle tranquility of the nocturnal, everlasting peace.
As the waltz’ hesitant, opening notes join forces to form an eminent, stimulating strain, his heart accelerates to a vociferous drumming.  He is breathless with expectation, causing his heart’s renewed hope for love’s miracle to uplift his uncertain spirit, to believe in love yet again.
Now, hopefulness is his motivation.  He instinctively reacts with renewed fervor and tenacity.  He pushes his cheerless, worm-infested, squalid rowboat with faultless resolve through the water's soft ripples. Subtle echoes of the cloudless moment’s distant stars and the golden, shimmering moon's promise dance excitedly in his wake.
He listens intently as the glory of the unseen ensemble transform the masterpiece’s heartening melody into a stimulating, rushing waltz. The river’s hastening promise and the music ‘s delightfully melodious, hurrying strains hold him spellbound.  He quickens his boat’s tempo with renewed vigor.
With each fresh stroke of his hollow pole, a touch of regal style draws nearer from beyond the hushed river’s wide turn that looms ahead.  It will be there, at the spectacular stately ball, where his true love will secretly await his arrival with eager, passionate anticipation.
He and his true love have never met.  Nonetheless, he will know his adorable heart's true love straight away.  He has seen her angelic loveliness countless times in his dreams.   He closes his eyes to imagine her unequaled splendor.
She blows him a loving kiss below the moon's soft, flickering, rhapsodic light as she waltzes gracefully to the entrancing tunes - her incomparable, breathtaking beauty the focus of adoring, envious eyes.  Her curly, blazing red hair floating like satin strands of crimson stardust as she moves with natural ease.  Her dazzling smile hypnotizing all who are enamored by its unblemished perfection.   Her flushed cheeks discreetly emulating the true shade of her indulgent, voluptuous lips.
She is attired in a splendid, ankle-length black evening gown. Its grandeur adorned with silvery, sequin flecks replicating the far-flung stars’ pledges of everlasting faithfulness.  As if to put the final touches on her brilliantly beautiful, angelic aura, sterling silver earrings barely obtrude from beneath her silky-smooth, crimson hair.
Suddenly, the far-away music’s tour de force turns to echo Geschichten aus dem Wienerwald. This poignant musical piece evokes trance-like thoughts in his hypnotized semi-consciousness. He is offering his hand to his darling sweetheart.  She grasps it willingly, fully aware her moment - the moment of which she has anxiously predicted all her life - has arrived at last.
They waltz alone - for others are momentarily carried to the sidelines, powerless to move in the couple’s illusory spells.  With blissful passion, the two, long-lost lovers gaze into each other’s eyes for the undeniable escape. For they know. Paradise awaits them around life ‘s unavoidable, twisting turn.
Abruptly, despite the wondrous scene in his mind, he is mindful his nearly worthless craft has not traversed the twisting river’s turn.  Still, the captivating waltz plays on but from someplace more remote, far-off than before.  He listens appreciatively until the waltz is swallowed up by the night’s gathering haze.  He gradually realizes he has not advanced any nearer to the spellbinding vision he had imagined and so desperately longed for in his heart and mind.
The mourning clouds begin to cry imperceptibly.  Their saddened tears escape from the river’s nearly impervious, lofty canopy to soak his soul.  Tears slide indifferently down his smudged face to fall gracelessly into his sinking, luckless boat.
He dons his torn and faded top hat and pulls it low onto his forehead.  He slips on his shabby greatcoat to cover his aging body’s sagging shoulders from the cold as his mind tiredly tries to dream once more.
Despite everything in the past, he now perceives the true meaning of the fading waltz’ never-ending refrain.  Providence will, in due course, quietly rock his heart with never-ending sleep. Yes, at the end of this night genuine, everlasting happiness will be his and his alone.
Meanwhile, on the shore upon a distant knoll just around the twisting bend of life’s mystery, his Lady in Waiting searches longingly with tear-swept, tearful eyes for her true love she has come to adore in her heart.  A true love she shall never know.