ENCHANTINGLY YOURS BOOKS & JEWELRY OF OTHER WORLDS 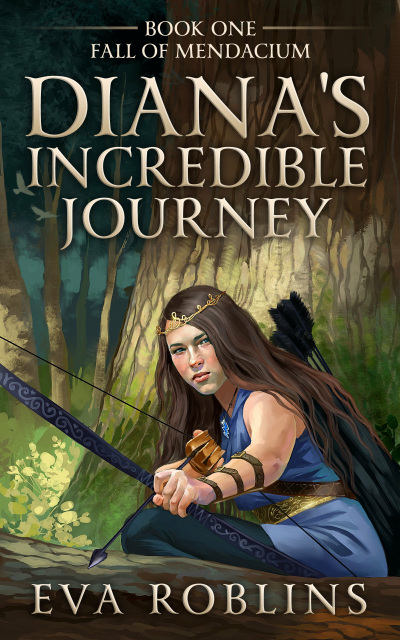 The morning after her 14th birthday, Diana, as the reawakened Empress Artemis-Diana, must confront the most wicked demon in the Universe - Mendacium, the King of Deceit. With only her longbow and sword, and accompanied by her lifelong ghost, Charles and protector pixie, I Dunno, Diana confronts evil creatures of the World Beyond. They have one intent. To destroy her innocence and everything good in the Universe. Meanwhile, her double remains at home to confront the scourge of bullying, lies, deceit and criminal activities, all stemming from a ladies championship softball game. Can Diana, the youngster heroine of the World Beyond prevail against seemingly overwhelming odds? Likewise, can her double in our Real-world solve the confusing, nightmarish mysteries involving her friends? If it were up to Mendacium, the Architect of Lies and Falsehoods, Diana in both worlds will fail miserably as he makes her a Prisoner of Innocence!