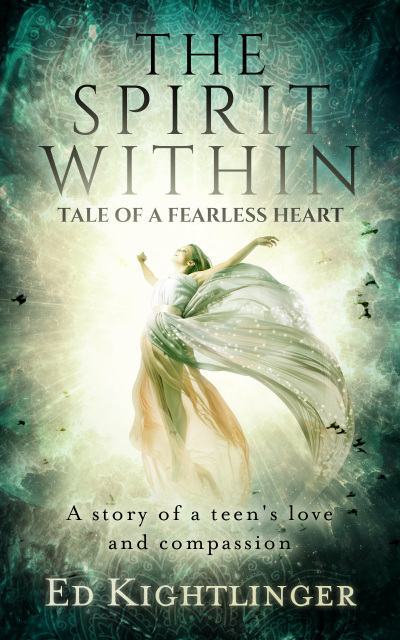 The Spirit Within - Tale of a Fearless Heart

Travel with Stephanie JoAnne Galanos and her horse, Spirit, as they pass through time and space across three centuries. A spellbinding, hypnotic journey owing to the supernatural telepathic and psychokinetic powers of a deaf orphan named Jordyn. A journey with one main purpose, Steph’s raison d'être. To help the children.Children whose future seems pointless and without hope. An emaciated, eight-year-old Jewish boy who survived Allied bombings and is hunted by Nazi soldiers in Cologne, Germany, during WWII. Three siblings kept as slaves on a South Carolina plantation one year before the American Civil War. An early 1960s disabled teenager ridiculed and bullied because of his cerebral palsy. And a deaf orphan existing within the abusive, bullying walls of a dilapidated, early 20th Century orphanage.

As she travels on her enchanting journey, Steph encounters mind boggling challenges – trigger-happy Nazi soldiers; a xenophobic, cold-blooded, heartless man; and an orphanage proprietor that uses a leather belt as a teaching tool. By making the most of her intellect and able physical abilities, Steph opposes this ugly hatred in its evilest forms – bigotry, bullying, and bull-headed buffoons – compelling her to prove her matchless courage and fearless spirit while demonstrating her genuine love and compassion for others.